This message is only visible to admins.
Problem displaying Facebook posts. Backup cache in use.
Error: Error validating access token: The session has been invalidated because the user changed their password or Facebook has changed the session for security reasons.
Type: OAuthException

Is this coming out on a T-shirt soon?

Feb.Conclusion: The celebration of BHM should never be questioned. It’s an opportunity to learn about black history & culture. This is the time when people can ask questions & celebrate the contributions the black community has made to Canada. @BramptonFireES @PL416 @ChiefBoyes ... See MoreSee Less

Today the #IAFF celebrates 103 years of uniting fire fighters for better wages, improved safety and greater service for their communities. We salute our locals today for their hard work and dedication. #HappyBirthdayIAFF ... See MoreSee Less

We recognize the significant contribution of Molly Williams, the first known female firefighter in North America. Ms Williams was a slave who belonged to a volunteer firefighter in New York City and during a influenza outbreak in 1818, there was a lack of men, so Molly assisted and pulled fire pumps through the deep snow. The volunteer firefighters were so impressed by Molly, she was made up as Volunteer 11 and it was said of her that she was a "good a fire laddie as many of the boys" #BlackHistoryMonth ... See MoreSee Less

wow, impressive that this is acknowledged 😉 thank you

Captain Ryan Agard (1995 – Present)
"During my 25 years as a professional firefighter, I have zero regrets about my career choice. I have the honour of serving our great citizens of Brampton during their time of need." ^MJ
#BlackHistoryMonth #BHMBrampton ... See MoreSee Less

One of the best ❤️

I worked with captain Agard many times and he is a great guy!

Worked with Captain Agard quite a few times at fire calls while operating our REHAB truck, great guy! 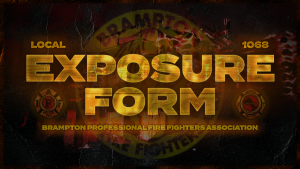 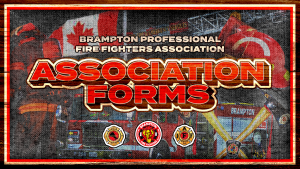